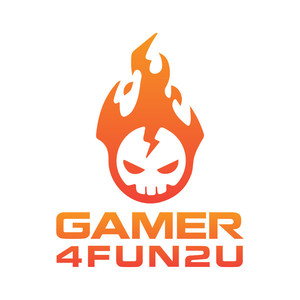 Buying gold, you help in the development and maintenance of the project.

If you have a channel on YouTube and you want one of your videos to get more views, just add it here. Interested Stream Booster users will be able to watch your promo video right here or on YouTube website. This will increase the number of video views and, possibly, your channel will have new subscribers.

Most Active Users in 7 Days

The charts below show the 10 most active users of the Stream Booster system in the last 7 days, who earned the most gold:

Sooner or later, all novice streamers and video bloggers face the same problem — they do not know how to promote their channels on Twitch or YouTube. Because if the channel is brand-new, it yet has not subscribers and regular audience, and where to find them? For example, Twitch on its website and in the mobile app, by default shows streams of users in descending order of their popularity. Popularity in this case is determined by the current number of viewers watching a stream. And at this point, novice, unknown streamers face the problem of their stream promotion.

In order to promote your channel on Twitch or YouTube, you must have a number of regular viewers at once, to raise in the stream list and thus be distinguished among others. But where can you get them? "Churning" of viewers will not be considered, since the method of "gray" promotion may cause unpredictable consequences. In addition, besides possible ban on Twitch or YouTube, churning of viewers per month will cost a pretty penny. But who needs heartless bots as viewers, whom you even cannot talk to? Many novice streamers and video bloggers will agree that one of their main goals is communication and interaction with like-minded persons. That's why churning of bots on Twitch and YouTube should not be considered at any stage of channel promotion.

Stream Booster system is arranged in such a way that novice streamers help each other promoting their channels on such popular services as Twitch and YouTube themselves. Its principle pretty simple — first you choose your stream promotion period and reserve a position for a certain amount of gold — a conventional currency of the system. When your channel is being promoted, the stream is displayed in the player on the website (Watch). Other system users watching your stream receive gold for this. This gold can be further spent to promote your own channel.

Thus a closed circuit is formed, and Stream Booster allows promoting your channel on Twitch or YouTube absolutely free of charge. And with no bot churning, all of your viewers are humans, the same novice streamers as you. Your stream acquires viewers and thus it rises higher on the popular online stream services, increasing chances of having more new viewers of your channel. This effect is called a "snowball" effect.

Make sure that your viewers watch quality content and have positive emotions. And Stream Booster will take care of your channel promotion.