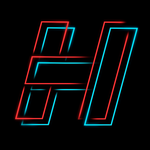 Just a variety streamer trying to start something cool :)
My mother says I'll never be able to understand what it's like for a nation to be without a country. Now, my mom, she really knows what she's talking about. After all, she went through the Holocaust, saw her home destroyed in Poland, lost her mom and dad and little brother, and finally ended up here, in the land of Israel, her country, the land she swore she would never leave.

Ghassan says I'll never be able to understand what it's like for a nation to live under occupation. No, he didn't go through the Holocaust, and his whole family is alive, thank God, at least for the time being. But he's had it up to here with the Israeli soldiers at the border checkpoint. "Sometimes you make it through the roadblock in a second or two, but sometimes, when they're bored, they can make you feel like life isn't worth living. They force you to wait for hours in the sun for no reason, to humiliate you. Just last week, they confiscated two packs of Kent Longs from me, simply because they felt like it. An eighteen-year old kid with a rifle in his hand and a face full of zits just came and took them."

Adina, the neighbor from downstairs, says I'll never be able to understand what it's like to lose a loved one in a suicide bombing. "No death can be more meaningless than that," she says. "He died for two reasons - because he was Israeli and because he felt like having an espresso in the middle of the night. If you can think of any dumber reasons for dying, let me know. And there isn't even anyone to get mad at. After all, the guy that killed my brother is already dead himself, blown to pieces."

My mother says that we have no other place to go, that no matter where we go, we'll always be strangers, hated, Jews. Ghassan says that my country, the State of Israel, is an alien and strange entity and that there is nothing like it anywhere else in the world. There it is in the middle of the Middle East pretending to be in the heart of Europe, participating in the Eurovision song contest every year, making sure to send a soccer team to the European cup games, and it just doesn't get that it's located in the heart of the desert, surrounded by a Middle Eastern mentality which it refuses to acknowledge. Adina says we're living on borrowed time, that every time she sees the Palestinian children going wild with joy and handing out candy after every terror attack, she thinks about how these children are going to grow up. So I should stop all that nonsense about peace.

And if there is one thing that my mother, Ghassan and Adina have in common, it's that they are all certain, absolutely certain, that I simply can't understand what's going on in their heads.

But I'm actually pretty good at figuring out what's going on in other people's heads, sometimes, especially when times are bad, I even manage to make a living at it. All kinds of foreign publications call me and ask me to explain, if possible in 600 words or less, what people in Israel are thinking. It's just a shame that I can't invent new thoughts for them too - ones that are a little less afraid, a little less hateful. Thoughts more positive, optimistic, compact, no more than 600 words.