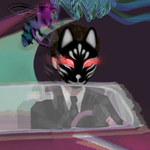 Jus A Fun League Streamer Playin Around. join me on my new twitch adventures and les play together and stuff or jus tune i ad vibe with me, still new so any tips and all are helpful so go ahead and do whatever u want just come have fun with me and lets see how it goes. here are some random sentences to fill this description. Warm beer on a cold day isn't my idea of fun.Stop waiting for exceptional things to just happen.
The beach was crowded with snow leopards.
Joyce enjoyed eating pancakes with ketchup.
He had unknowingly taken up sleepwalking as a nighttime hobby.
He created a pig burger out of beef.
The tears of a clown make my lipstick run, but my shower cap is still intact.
The secret ingredient to his wonderful life was crime.
Flesh-colored yoga pants were far worse than even he feared.
Sixty-Four comes asking for bread.
She had some amazing news to share but nobody to share it with.
Andy loved to sleep on a bed of nails.
You have every right to be angry, but that doesn't give you the right to be mean.
Red is greener than purple, for sure.
Thigh-high in the water, the fisherman’s hope for dinner soon turned to despair.
She can live her life however she wants as long as she listens to what I have to say.
Gary didn't understand why Doug went upstairs to get one dollar bills when he invited him to go cow tipping.
Peanuts don't grow on trees, but cashews do.
He ran out of money, so he had to stop playing poker.
The murder hornet was disappointed by the preconceived ideas people had of him.
There were three sphered rocks congregating in a cubed room.
The fog was so dense even a laser decided it wasn't worth the effort.
Lucifer was surprised at the amount of life at Death Valley.
He uses onomatopoeia as a weapon of mental destruction.
She was disgusted he couldn’t tell the difference between lemonade and limeade.
She borrowed the book from him many years ago and hasn't yet returned it.
She works two jobs to make ends meet; at least, that was her reason for not having time to join us.
She thought there'd be sufficient time if she hid her watch.
He is no James Bond; his name is Roger Moore.
The busker hoped that the people passing by would throw money, but they threw tomatoes instead, so he exchanged his hat for a juicer.
Combines are no longer just for farms.
The trick to getting kids to eat anything is to put catchup on it.
He wondered if it could be called a beach if there was no sand.
The skeleton had skeletons of his own in the closet.
There aren't enough towels in the world to stop the sewage flowing from his mouth.
Lets all be unique together until we realise we are all the same.
He had a hidden stash underneath the floorboards in the back room of the house.
Swim at your own risk was taken as a challenge for the group of Kansas City college students.
He didn't understand why the bird wanted to ride the bicycle.
When I cook spaghetti, I like to boil it a few minutes past al dente so the noodles are super slippery.
He poured rocks in the dungeon of his mind.
She is never happy until she finds something to be unhappy about; then, she is overjoyed.
The opportunity of a lifetime passed before him as he tried to decide between a cone or a cup.
Going from child, to childish, to childlike is only a matter of time.